Common Gaslighting Phrases to Watch Out For

Gaslighting is a form of psychological manipulation. It is a means of making another person doubt themselves and what they believe. This tactic is often used by narcissists and abusers in order to generate doubt and confusion in the victim’s mind.

It is also used so that the abuser can plant seeds of uncertainty in the victim’s mind, and gain more power and control over them as a result.

Common Gaslighting Phrases to Watch Out For

Gaslighting is all about passing the blame and making you feel like you’re at fault and not them. Everything is supposedly a result of your actions (not theirs), as the abuser cannot fathom their own failure or misgivings.

This is a means of making you feel isolated and vulnerable. If everyone thinks so, and agrees with them, you will likely question your stance and back down. This is so you doubt yourself and is a form of manipulation.

“You’re making this up.”

When you are being gaslit, the abuser will deny that what you say is true, to get you to question your sense of reality. They try to make themselves the victim or that you are manipulating them- when it is usually the other way around.

This is a common phrase gaslighters will use, particularly if you accuse them of something such as cheating. They will project the issue onto you, and make you the problem, blaming your paranoia. It also gets you to blame yourself rather than them.

This is similar to the above, but it makes you feel brushed off and pushed aside. It is a way to shut you down and silence you.

Again, this makes you doubt yourself, and is a means of accusing you of being the issue, rather than them. It makes you question your own issues and misgivings instead of theirs.

“I don’t know what you want me to say to that.”

This often occurs when you have tried to demonstrate your feelings. When you openly discuss issues in a calm manner, and ask them questions, the gaslighter will respond with this as a means of ending the conversation.

“How can you accuse me of that?”

This flips the table and makes out that you are the one hurting them. It is a form of denial, and a means of reversing who the victim is. This is often used by narcissists as a way to try to get you to stop caring about the current issue and try to earn their forgiveness instead.

“There’s something wrong with you!”

This may be said when you have tried to explain your thoughts and feelings about an issue. They say this to bring you down and feel more superior to you.

“After everything I’ve done for you?”

This is a form of guilt-tripping. It’s often used by parents or partners as a way of holding something over your head, and as an excuse for their poor behavior. The purpose is to manipulate you into forgiving their misgivings.

How to Tell If Someone Is Gaslighting You

Some common signs of gaslighting are:

If you feel that you are being gaslit, then you should seek help and support from friends and family. You should also speak to a counselor or therapist for help. They can give you the resources and tools you need to nurture your mental health. You should also listen to your thoughts, give yourself time to process your feelings, and be compassionate to yourself.  Please reach out for a free 30-minute phone consultation if we can be of support to you. 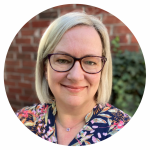 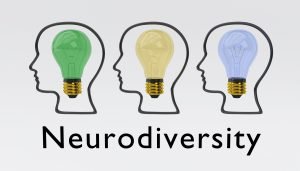 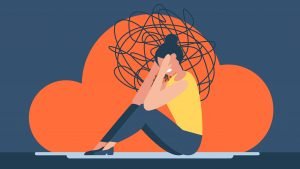